Heck no! White Hat Guys can really put the COOL in COOmpLiance!

We believe Innovation is Communication!

Drop me a note @ guys@whitehatguys.com if you want some FREE FRIES!

Jeffrey Teh for inviting me to take part in C-Integrity

Judie Shen for dropping by the booth!

Maree Myscough for your awesome support and donning (not to mention totally SLAYING) the official White Hat Guys’ garb!

Davyd Wong for your THUMB’S UP on Serious Gourmet Treats!

Donna McGrath for noticing the #OliviaPope reference in our ZOOM intro-call and ROCKING the #whitehat look!

Come by the WHITE HAT GUYS booth and get your #freefries !!

Register now if you haven’t done so via link below!
https://lnkd.in/e_acauF

I met Katja, a dynamic, full of life Compliance Expert, in mid-2018 at a compliance summit.

The two of us hit it off right away: she told me that she works for a global hotel chain and is looking for a fresh approach in communicating compliance concepts / principles to her colleagues at 2019 kick-off meeting.

I showed Katja various props that I had created for previous compliance training sessions; they all have two common objectives:-

Cliché as it may sound; Katja’s eyes were fixed on “the ring”; specifically, a miniature circular floatation device aptly called the “Think… so you won’t sink” life ring.  A company’s code of conduct and ethical operational guidelines are inscribed on the life ring’s surface; the twist is that they are chiefly expressed by relatable illustrations rather than by words.

I am thankful that Katja finds the “floatie” concept intriguing.  She and her team then went on their own creative process to craft a ring that is not only bright and shiny, but also offers practical guidance to her colleagues to stay afloat charting growth through sometimes choppy corporate waters.

Let’s continue to PUT the COOL in COOmpLiance!

Thanks #messefrankfurt / #IGNITE奕格 for the invite to International Anti-Bribery Summit!

The ultimate highlight is meeting Mr. Frédéric Pierucci, the author of “The American Trap“

White Hat Guys will be @ the 16th ALB Hong Kong In-House Legal Summit to be held on 12th September 2019 @ the JW Marriott in Admiralty, Hong Kong!

Do drop by and let’s collide our hunches on how to keep things FLUID + FRESH + COOL in your organization’s Compliance Journey!

To all movie buffs:

Bring that cinema addiction of yours to the White Hat Guys booth! A small bottle of “Fun Fluid” will be awarded if you can answer 2 out of 2 movie trivia questions! So, hurry, while stocks last!

I am always intrigued by simple + eye-catching + ON POINT communications…

How many global events (some of them more like… havoc…? 🤔) could you identify?

What can you see? 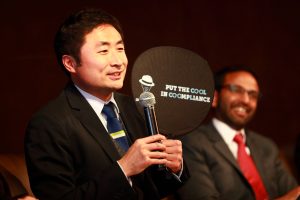 Extremely honour to be on the “Handling Crisis Management and Safeguarding Corporate Reputation during Regulatory Investigations” panel @ ALB 2018 Anti-Corruption Forum! 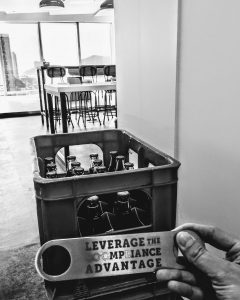 The slogan for the day was: Let’s Leverage the COOmpLiance Advantage…  and have a BEVERAGE!

If it wasn’t for LinkedIn’s notification, I would have completely missed the 1st anniversary of White Hat Guys…

The key highlight of the inception year must be the hunches-colliding sessions with three companies that are in different industries, respectively: pharmaceutical (leading player HQ in the US), property development (HK conglomerate with strong focus on property) and insurance (listed co & Hang Seng Index Component).

I take solace in the fact that the fellow legal and compliance colleagues, with whom I have had the chance to share training experience and best practices, firmly believe that a more business-oriented and audience-friendly approach must be adopted in framing legal + compliance narratives.

Hence, the latest “CHILL PILL” idea: where vital legal / compliance / ethical concepts to be written in scrolls and inserted into the pill-shaped capsule. 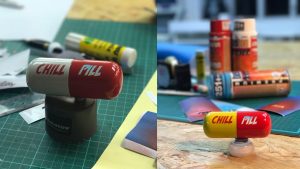 So, whenever anyone is “…sweatin’ over something, just TAKE A CHILL PILL”! 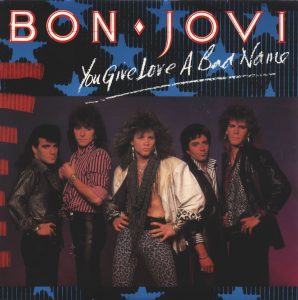 (1) Hunches-colliding: Compliance professionals yearn for inputs from and exchanges with an external sparring partner in framing bite-size + engaging compliance narratives that stick.

(2) “Common sense” is a relative term: the word “assume” is made up of ‘ass’, ‘u’ plus ‘me’; and to avoid making an ‘ass’ out of ‘u’ and ‘me’, compliance professionals NEVER assume that exercising sound judgment is an innate behavior; it’s something that needs to be explained plainly, reinforced rigorously and re-defined from time to time.

Last but certainly not least (and certainly MOST intriguing)…

(3) Conversation stopper: “It’s a charity…”: “Most of the compliance professionals with whom I’d spoken welcome at first White Hat Guys’ passion for injecting creative elements into compliance; quite a handful soon grow wary whenever I mention that White Hat Guys is a self-funding charitable community, which somehow casts a shadow of doubt over its level of dedication in execution, its professional capacity and, above all, its genuineness…

Truth is: White Hat Guys is passionate about cultivating compliance culture and awareness, via:- 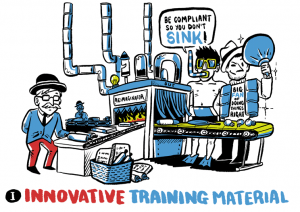 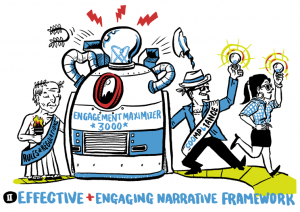 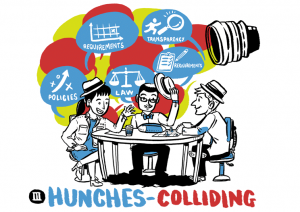 So, what gave compliance colleagues a pause? Who gave Charity a Bad Name? 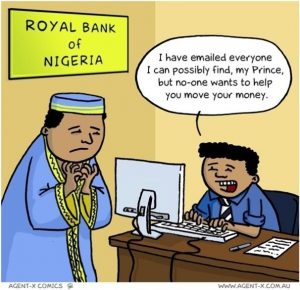 I am sure we’ve all received emails from various infamous #NigerianPrinces, as well as many other disaster / war-zone relief donation correspondences in print and online.

It’s unfortunate that the overflowing of reports concerning these scams (each of their respective modus operandi is practically identical: to take advantage of people’s generosity and compassion for others in need) is turning us into cynics or, at the very least, making us second-guessing ourselves each time something (too) genuinely good surfaces…

p.s. The Australian Competition and Consumer Commission has created “Scamwatch” https://www.scamwatch.gov.au/ — a handy guide on how to spot and avoid such B-S-es.

Aside from the hefty US$800M* settlement fine imposed, one of the key talking points (re-?) generated from the Rolls Royce corruption scandal is the appointment of the agent / intermediary in conducting business in emerging markets and the risks entailed by such engagement.

It’s difficult to argue in favour of employing agents / intermediaries (or what Martin Kenney so aptly describes as his “…pet dislikes…”) for they have – more often than not – acquired notoriety as being greasers of palms.

Death of an Agent?

Kenney further points to the 133-year old propulsion industry giant’s expressing the need to end the use of third-parties. Could this really be the prologue to the death of agents and intermediaries? Would the days where “…directors will be able to enjoy a good night’s sleep…” (from Kenney’s article) be arriving finally?

The Agent of Death 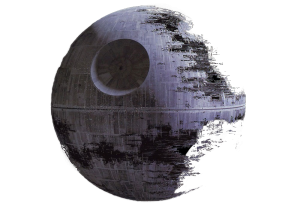 Don’t mean to sound pessimistic: but, it’s definitely too optimistic (at the very least, a bit unrealistic) in setting target to eradicate completely the usage of agents/intermediaries in a business context.

A company simply could not have all the relevant expertise and knowledge in the over-all business process; as a result, a company would need to retain the services of third-parties to fulfill such need.

Rolls Royce’s serious brush with the law may well feel like (I could only imagine) brush with “The Agents of Death”; metaphorically speaking, the true Agents of Death are NOT the SFO or the DOJ, but may well be Rolls Royce’s not paying the due care and attention to the details of its compliance program like how it would in building propulsion products (see highlights of Justice Leveson’s judgment)

The US$800M bribery-related fine may not have flat-lined Rolls Royce; however, the same may not be said for its reputation.

*just to give US$800M a bit of perspective –> Let’s suppose the non-refillable and non-interest-bearing wallet of “The Big-Man-Upstairs” contains US$800M and He has been giving His Son a per diem of US$1,000 since His Son’s date of birth.  Almighty’s wallet would STILL not be emptied up to the date this blog is published (March 2017).